What’s in a KIKOFF Coaching session? 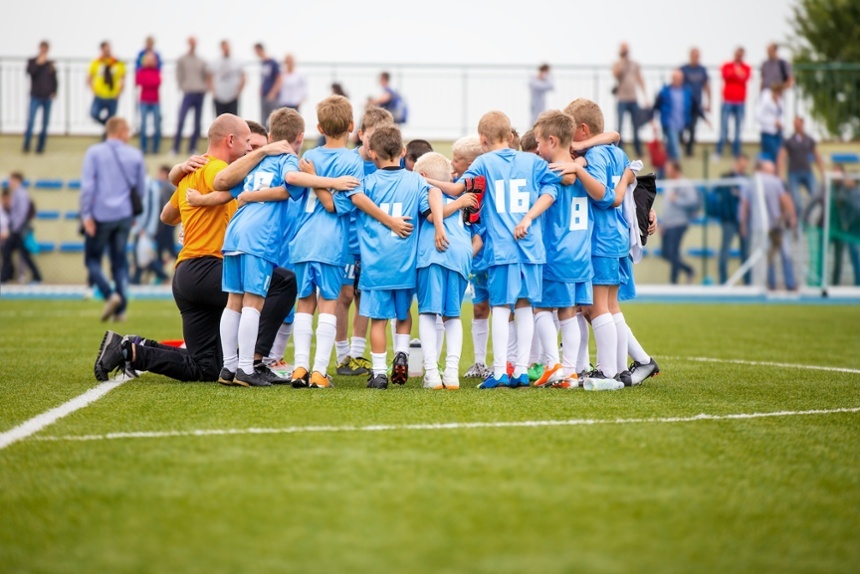 In previous blogs – representative task design, a player-centered approach and a carefully attuned challenge/skill ratio were underlined as important cornerstones in the design and conduct of training sessions.

A. learning styles: words and pictures

All students are not created equal, least of all where learning style is concerned. Learning style refers to the preferential way in which an individual absorbs, processes, understands and retains information. In 1992, Fleming & Mills suggested the existence of four key learning styles – visual, aural, read/write & kinesthetic – and stipulated that whilst individuals learn using a variety of these methods, one method tends to be predominant.

It is therefore logical to assume that coaches should take great care in presenting information in such a way that it speaks to many different learning styles - switching on as many lightbulbs as possible, if you will. If you spectate a KIKOFF coaching session you will see, first hand, the steps that have been taken to ensure that ALL lightbulbs are shining brightly. To speak to learners in the visual modality, we use whiteboards & magnets to depict sport-specific shapes and patterns. Learners in the aural modality are catered for by the professional manner in which our coaches convey key information to players; communicating a message that is simple, clear, concise and age-appropriate. At KIKOFF, we are acutely aware that a wealth of knowledge means nothing if you can’t communicate it effectively. To speak to learners in the read/write modality, we use whiteboards in a different way – player-led sessions give players the opportunity to conjure up and note down their own rules, game conditions and learning outcomes of the session (more on this later). And finally, players who learn kinesthetically are accommodated through demonstrations, simulations and “freeze/replay” techniques that our coaches employ to guide learners towards solutions in training games or exercises.

The way that a session is structured has a significant effect upon the message it is designed to convey; most notably, whether or not the message will “stick and stay” long after a session has ended. Recent research attests that structuring training sessions so that any tactical aspects come at the end, after initial skill training, could help lessons stick more implicitly. Why? Because the brain learns more quickly when we’ve been active.

Scientific literature declares exercise as being one of the best catalysts for neural plasticity. Neural plasticity is the brain’s remarkable ability to reorganize itself by forming new neural connections; it’s a process that’s influenced heavily by environmental and behavioral changes. Exercise appears to trigger the release of specific proteins – Brain Derived Neurotrophic Factor (BDNF) - that kick-start synaptic plasticity in areas of the brain that govern movement, and memory. At KIKOFF we take advantage of this plasticity boost by working on a core skill (e.g. 1v1) during the introduction and training phases of practice before challenging our players to use that core skill to achieve a tactical goal in a conditioned game. To convey this to the players, it might sound something like this - “we’re going to focus on how we can use our 1v1 skills to achieve something in a game; let’s see if we can play out from our GK using the 1v1 skills that we’ve learned so far”.

In player-led sessions, the players are given control of their own learning and of the task itself; they create rules, dictate pitch size and decide upon game conditions on their own accord. The coach then acts as a facilitator of activity and offers fundamental guidance and direction in regard to the over-arching theme of the day (a core skill & tactic). In short, players are challenged to be creative and conjure up a competitive game that encourages the use of a core skill i.e. 1v1, dribbling & RWB, first touch or striking the ball. The intention here is to stimulate players to approach learning from a new perspective – for a coach, this is not easy, in fact, it’s more of a challenge to guide players to create a game that directly speaks to them, and requires very little direct feedback along the way. This practice is a world away from posing questions to the players and hearing buzzwords rhymed back at you. As such, we implore other coaches to give it a try, you’ll be pleasantly surprised by the creativity. To quote Phil Knight – founder of NIKE – “don’t tell people how to do something, tell them what you want them to do, and let them surprise you with the results”.

The intention here is to manufacture pressure for the purposes of equipping players with the psychological tools that will enable them to put their best foot forward in stressful / high pressure situations. Most notably, we achieve this through carefully designed game conditions. In a session working on First Touch, we might add the following condition to a small-sided game - “you may only score with your first or second touch / headers & volleys on-the-full count as two”.

Such conditions, have the power to increase pressure just enough to incite players to problem solve on their own accord. Where some players might begin to adjust their body positions to open-up play, others might begin to read the game better and realize that playing a pass to a team mate facing his own goal can be used to provoke a reaction from the opposing team; creating space and opportunity in the process.

Simulating competitive stress in this way forces the players to continually adapt their solutions to suit the circumstances. It’s interesting to see how players react and which principles of the game suddenly become hugely important depending on the current state.

Somewhere within this article, I hope that you, the reader, have found at least one thing that resonates with you and/or helps make sense of why we do things the way we do here at KIKOFF. Coaches, if you take anything from this – I implore you to seek to create training conditions that are akin to the real thing; give players the freedom and courage to tackle problems independently and let them surprise you with the results.