How to Pass – Coaching Guide 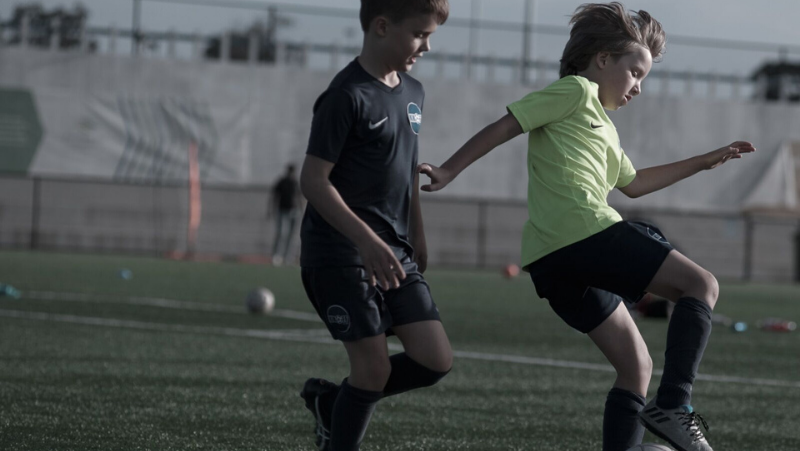 Young soccer players, particularly those under the age of six have a tendency to engage in what’s known as egocentric play; where self-seeking football actions like dribbling and scoring are infinitely more attractive to them than selfless actions like passing and assisting.

Their inclination to do this is by no means incorrect, in fact it’s just a reflection of the developmental stage they are at. Young kids, as I’m sure many parents will testify, are not that fond of sharing with other people, least of all their peers. So, if you define passing at a fundamental level as the act of sharing a ball, it’s easy to see why players may prefer to dribble and shoot.

Here’s my advice to any Parents of soccer-mad kids under six years old > don’t spin yourself into a cycle of rage because your 5-year-old doesn’t grasp the intricacies of when/where to pass the ball, or why it’s important to do so. Instead, teach them HOW to strike the ball correctly. When the football purist in us dogmatically insists upon teaching U6 players the tactical particulars of passing and moving, before they have the technically ability to execute the actions these things require, frustration reveals it. Parents get frustrated, the players get frustrated and we find ourselves tail-spinning whilst the player becomes deprived of their love affair with the ball. So, what’s the solution?

In everything you do, you must have patience – especially when it involved your kids. Young players will acquire the capacity to tactically understand the game at different stages of their development. We must remind ourselves of this often and endeavour to do what we can to feed their technical skill, and enthusiasm for the ball before explaining the tactical minutiae of a perfectly placed through-ball. Where possible, technical capability should precede tactical understanding – as parents, we can do much to facilitate this, often by very humble means.

When I think of playing catch, the image it conjures up in my mind is that of a father and son, throwing a baseball back-and-forth in their yard. It comes across as an idyllic and unpretentious exercise because, well, it is. However, at an even deeper level, it’s an exercise that affords young people a chance to repeatedly explore the actions of throwing and catching a ball; outside the context of a competitive game. In most cases, the ball will be tossed to-and-fro, sometimes poorly, sometimes well, and that’s ok. Consistency is not what you should be looking for here, rather you’re seeking out movement variability, creativity and adaptability. 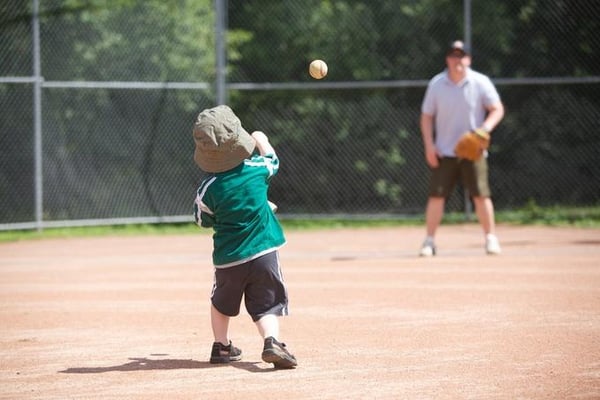 When children are getting to grips with any new technical skill, the first thing they will do is explore it’s boundaries; when playing catch, they’ll experiment with different ways of catching, bouncing, releasing and throwing the ball, and in their own way, they’ll come to settle on their favorite way / preferred technique for doing those things. Introduce more individuals to the game, and you improve the likelihood of mimicry, ingenuity and co-adaptability because the young player must now react to the actions of others; to whom they haven’t yet become attuned.

By taking this simplicity of “playing catch” and applying to a soccer-specific game of passing / sharing the ball back-and-forth, with our son or daughter; we make the first step in introducing them to the technical skill of kicking a ball with intent to hit a target, and simultaneously, the skills of stopping a ball or controlling a ball that’s rolling, bouncing or spinning towards them.

My advice is to start humbly; your first priority should be to spark enthusiasm for your child to play with the ball. Don’t try to give too much correction, but if you absolutely must, do it without causing resentment. The best way to achieve this is thinking of yourself as the big kid who has all the secrets; you’re someone who knows a cool way to do something, and if you let them in on it and you’ll find that they’ll often be far more receptive to your advice – regardless of whether it’s to do with controlling, striking or trapping the ball.

Let them explore all of these actions, quite often you’ll notice that they’ll self-correct and if they don’t, be patient…and when you run out of patience, I’ve got a few games that should make your life that little bit easier! In part 2, I’ll walk you through some simple but effective passing games that will maintain that child-like enthusiasm that comes with playing catch but also subtly guide young players towards solutions to football actions without explicitly telling them how to do it.