Holiday Camp – Daily Schedule: how does it run? 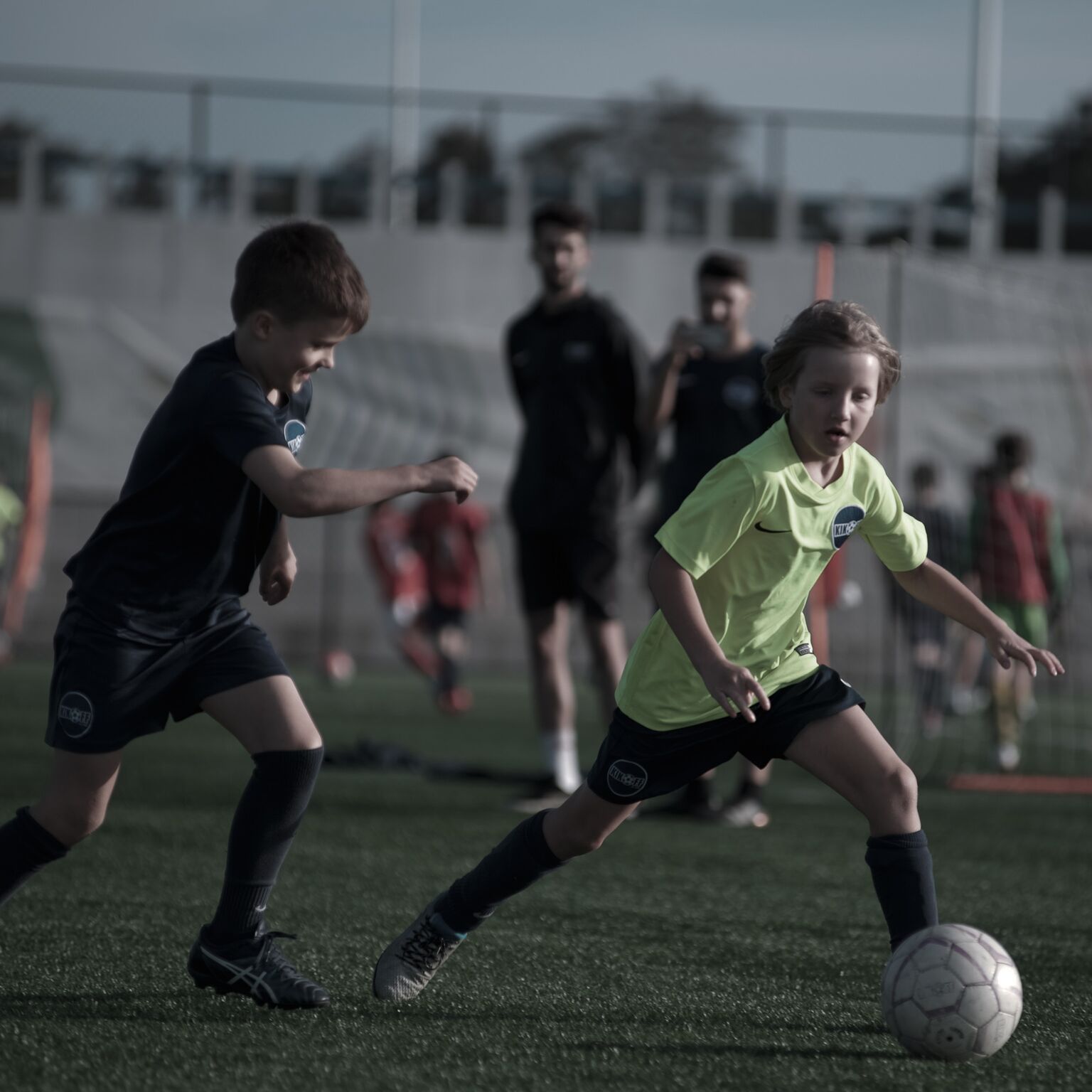 If you’ve never been to one of our soccer camps, here’s a breakdown of how things run each day so that you know what to expect before you sign-up:

9:15-20am | camp welcome and introduction: our coaching staff introduce themselves to players (name, age, where they’re from, fun fact). The camp director talks to group and ask questions about the skill / character focus for that particular day. Ground rules are laid down and expectations for behaviour are set.

9:30am | coaching groups: players split-off into coaching groups defined by age/ability e.g. u6/7, u8/9, u10-12. Players will train exclusively with their designated coach for approximately 70 minutes. The session structure follows FFA guidelines of: -

10:45am | break: coaching groups regress and players come together once more as a camp. During this time, our coaches take great care to ensure that players, especially youngest, are sitting in the shade, rehydrating and refuelling. Senior coaches will entertain and occupy kids intermittently with bonus games, challenges, riddles, tricks and stories; in the interim other member of our coaching staff will set-up pitches in preparation for the world cup tournament.

11am | world cup tournament: (i) if it’s Monday – coaches divide players into fair and equal teams before beginning the first round of world cup games e.g. Brazil vs France at Celtic Park with coach Chaz / England vs Spain at Old Trafford with coach Dan. (ii) if it’s any other day, games can kick-off much sooner as players should already know which teams they are in. Prior to kick-off, we ensure that teams are sitting down at a cone and in a straight line. Team cones are set up in a place that’s equidistant to the pitches we are using for the games. The world cup games last for approx. 15 minutes and are played in a 5v5 format (6v6 max. – 3v3 min.).

The camp director will time-keep and signal the start and end of each game. Upon hearing the full-time whistle, players race back to their team cones ready for the coaches to deliver their match reports. Bonus goals/points may be awarded for the quickest team back, and in a straight line. Match reports will draw attention to instances in the game where a player/s demonstrated sound understanding and application of the skill focus and/or character focus for that day. Furthermore, coaches close their match report by selecting an MVP from each team.

12pm | lunch: coaching groups regress and players come together, once again, as a camp. Players use this time to eat, drink and rest in the shade; there is a break from physical activity and coaches will engage them in games that should help settle their excitability and conserve their energy ahead of the second round of world-cup games.

12:50pm | multi-sport activities: coaches introduce players to new games, sports and activities; whether it’s kickball, gridiron, capture the flag, steal the bacon or headers and volleys. We have a range of old-school and new-school games to engage and entertain players of all ages. We want to young players to see the value in exploring what different games have to offer, and to learn to strive for greatness irrespective of the activity > “Encouraging your kids to play multiple sports will help prepare them for life. They’ll have more fun and become better overall athletes” -https://blog.uvahealth.com/2018/07/17/multi-sport-athlete/

2pm | 2nd round of world cup games: This round of games is consistent with the first round of games (at 11am) in terms of preparation, structure and format. However, our coaches will often place different conditions on the games to draw attention to the skill focus of the day. To immerse young players in competitive play and encourage them to think about their strategy and style of play, we like to use skill cards, game conditions & scenarios to recreate the pressure that comes with tense moments in a real-game and provide players with an opportunity to adjust their priorities for that particular game e.g. shot-clock, you must shoot/score within 10 seconds of having possession; otherwise the ball is turned over.

3pm | end of camp: players race back to team cones after the final game of the world cup tournament. Following match reports and MVP selections, the camp director reminds players of the skill focus and character focus for that day. By asking questions and guiding discovery, we prompt players to echo the coaching points of that particular day, and ultimately, consolidate their learning.

Before closing, all players and parents of the following: -

Final day of camp | closing ceremony: parents are invited onto or around the pitch to partake in the closing ceremony. Once match reports and MVP selections have concluded, it’s time for the coaches to get together and deliberate who deserved the accolade of Most Coachable Player (MCP) – that player will receive a prize and applause from parents and players.

In closing, our camp director will thank players, parents and coaching staff for their contribution to a successful camp program. A welcome way to end the camp is to get everyone together and afford parents the opportunity to take a group photograph; whilst coaches are happy to sign KIKOFF camp t-shirts for young players as well.