Five a-side football is a difficult game to master. Without good organisation, you could have five unbelievably talented players and still lose games which is why it best to set up in some kind of formation.

This would see the team set up with a goalkeeper, two defenders and two attackers. Although you would be solid defensively, having two banks of two would sometimes limit attacking options. It is also quite a narrow set up which may see you dominate the central areas of the pitch but lose out on width. 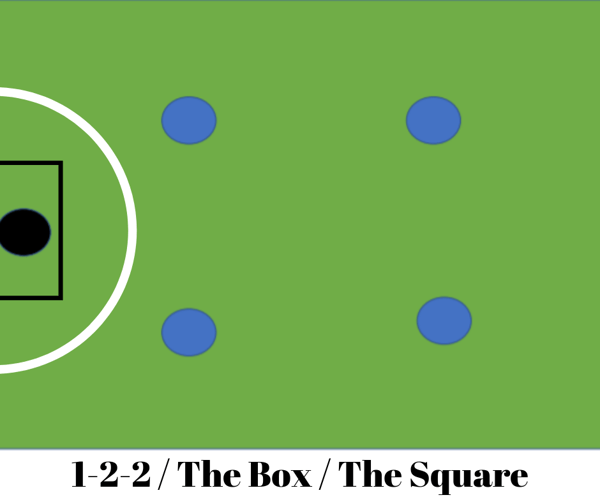 This formation can be useful but the players on the pitch must be clever footballers. This would see a team set up with a goalkeeper, two defenders, one midfielder and one attacker.


Again, having two defenders will give you a strong base when you are being attacked with the midfielder also able to drop in and create a 3 man defence if need be. If possession is turned over, the two defenders can quickly become two wide, attacking players and the midfielder again would become the holding player- dropping back to provide cover incase the opposition win the ball back.


The biggest drawback to this formation is that it can leave a team vulnerable defensively in transition moments. If the midfield player is not disciplined and the ball is turned over, the opposition will have a free run at the keeper.

This formation is very simple yet very, very effective. This would see a team set up with a goalkeeper, one defender, two midfielders (wide), and a striker.

When defending, the two wide midfielders can drop in to help the defender and the striker acts as a shield in front of them. This quick and simple shift to a back three is difficult to break down as it does not leave a lot of space around the goal for the opposition to play.


When attacking, this formation is very useful as having two wide players stretches the opposition defence and leaves a lot of space centrally to be exploited. The wide midfielders can look to take up this space quickly and get first time shots off at goal while it also leaves space for the defender to move up the field: adding another dimension to the attack. 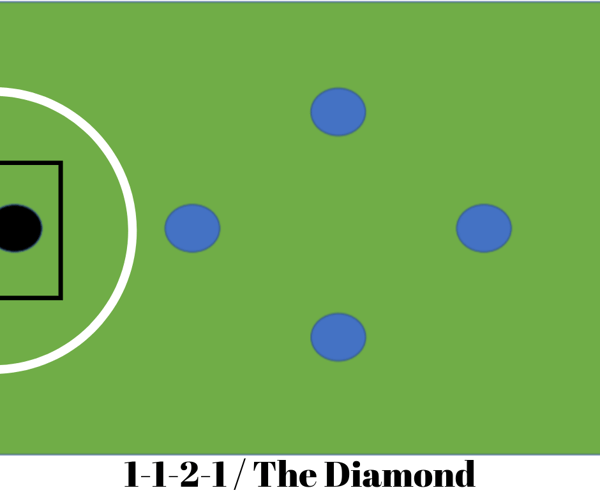 Hands down, the diamond is the formation I would go with if I was looking to be successful in a five a-side league or tournament. It is simple, easy to understand and very effective. Couple this with hard work and good players, teams will find it very hard to beat you

Don't miss our expert insights, great offers, training and coaching tips to take you from good to great!