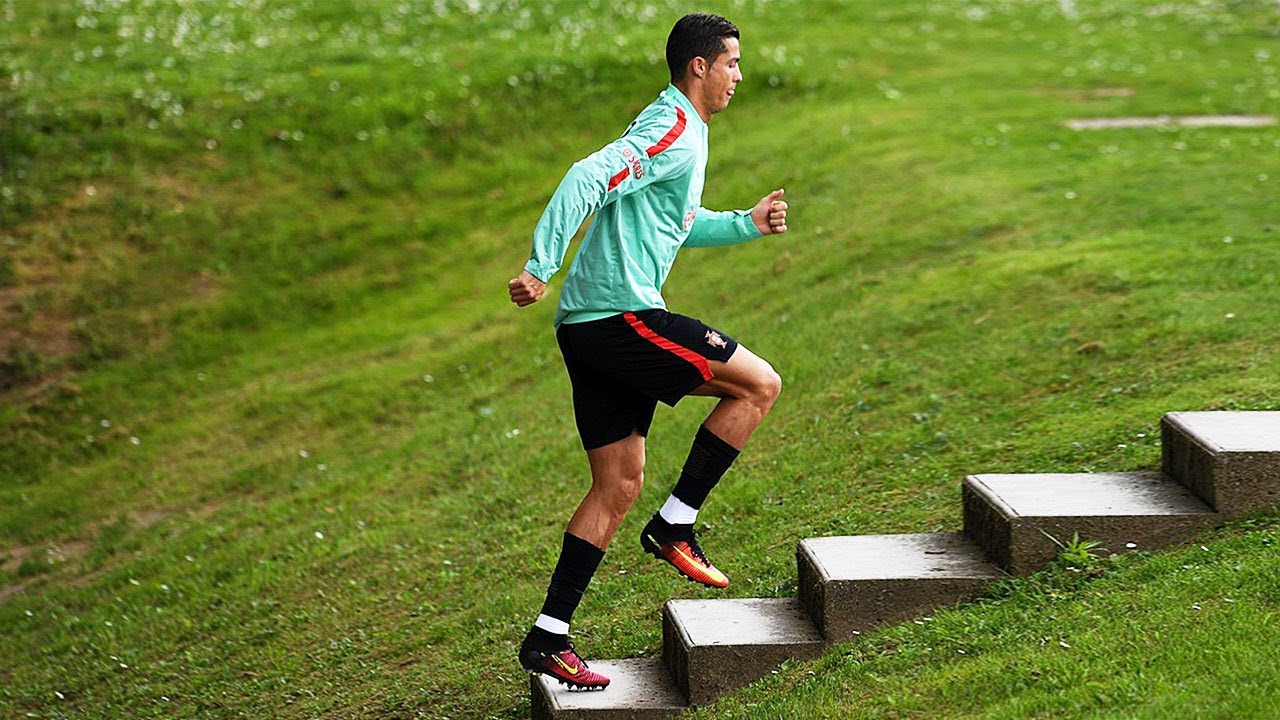 Do you ever wonder just HOW Ronaldo went from skinny teenager to a physical specimen?! 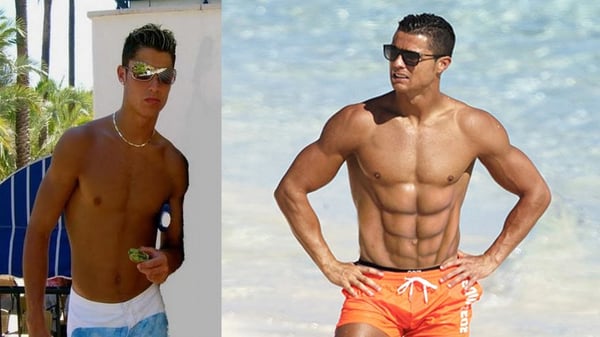 Let’s not kid ourselves here, he is at the very top level of physical sporting performance. He can jump as high as a basketball player and runs as fast as competitive sprinters. He’s also 33 with 8% bodyfat.

Combine that with world class technical ability, ridiculous dedication and 15 years playing at the pro level and you have a player that many believe is the G.O.A.T.

Of course you do, keep reading.

Well you’ll probably have to stop reading and get back on the pitch.

We unfortunately can’t tell you EXACTLY what Ronaldo did over the last 15-20 years physically. We have some of the ‘supposed’ plan he did here and there just like everyone else who has did research on him.

But what works for him, may not work for you. Also, if you are someone who is trying to follow the training plan of an elite pro and you are not an elite pro, then you are definitely missing the mark!!

It’s also a bit foolish to believe that his level of fitness was developed with an 8-week challenge at his local gym (#gainz bro). This was a real long term development…SHOCK!

What?! You mean he actually trained with world class coaches week after week, month after month, year after year, consistently and then got brilliant results? Surely not!

So you haven’t played for Man United, Real Madrid, Portugal, Juventus, you don’t get paid to train full time for years on end and you don’t earn hundreds of thousands of dollars per week…so what can you do to get yourself even close to his level?

The Six Steps You Have To Check Off

Don’t skip a step! One must be developed to an acceptable level before prioritising the next. You can still train the other steps but your priority must lie in your area of weaknes Unsure where to start or how to write a program that will get you to the next level? Register for our  Raise Your Standard: Off-Season Program or try some online coaching here and our experienced football fitness coaches will do just that all for you.

Get on the pitch. When it suits.

What you eat, matters.

LEARN ALL ABOUT PERFORMANCE NUTRITION FROM OUR TEAM OF EXPERTS